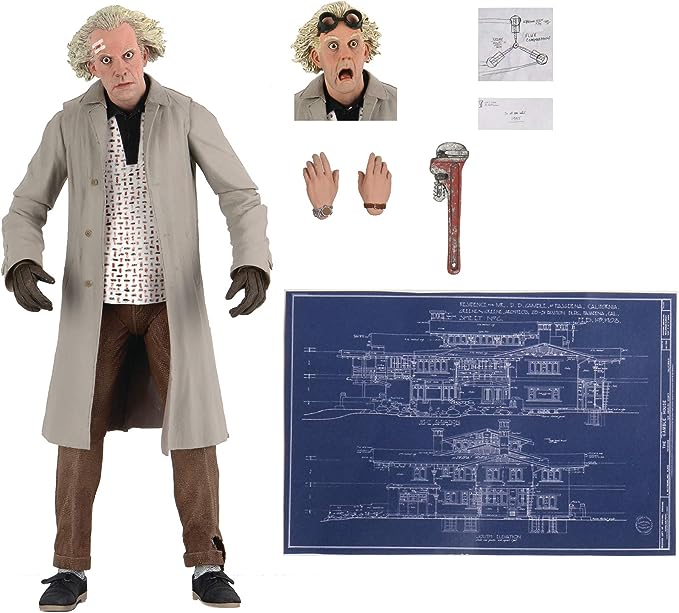 Ultimate Doc Brown is based on his 1955 appearance in Back to the Future with 2 interchangeable heads with different expressions. To help Marty get back to 1985, Doc Brown also comes with a wrench, a drawing of the flux capacitor, interchangeable hands, a blueprint of his house, and a letter from Marty! Comes in window box packaging.

Back to the Future: The Game

Back to the Future Part III

Back to the Future Part II